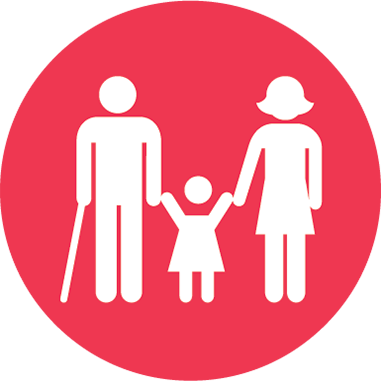 End poverty in all its forms everywhere

UNICEF's airline partnership Change for Good has raised $150 million by collecting coins from passengers, helping to save and improve the lives of millions of children around the world.

Although air transport has a limited role to play in helping those living under extreme poverty, improved connectivity helps build economic development which in turn lifts standards of living. Aviation creates jobs in the industry directly, as well as in other sectors indirectly, providing jobs for 65.5 million people worldwide. It is also estimated that 57% of international tourists travel to their destination by air, helping to support employment in the tourism industry. Remittances (money sent home to developing countries by citizens working overseas) account for vital foreign income in many states. The World Bank estimates around $429 billion was sent in remittances in 2016. The links home are made possible through rapid air transport.

Turboprop aircraft manufacturer ATR prides itself on the versatility of its aircraft to reach remote communities, opening up routes that are not suitable for larger jet engines, but vital for the people that need air services.

The Virgin Atlantic Foundation invests in communities in Africa, India and China through the WE villages programme, where they invest in long-term development to alleviate poverty.

Brussels Airlines has set up the b.foundation, which focuses on alleviating poverty in Africa.

The Emirates Airline Foundation is a non-profit charity organisation which aims to improve the quality of life for children, regardless of geographical, political, or religious boundaries.

Aviation is a catalyst for Rwanda’s development

How Denmark punches above its weight