Call for entries opens for the second global award for diversity champion. 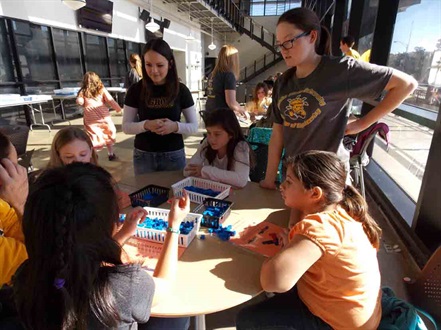 Airbus, the leading aircraft manufacturer, and the Global Engineering Deans Council (GEDC), have launched the call for nominations for the second “Diversity Award”. Its objective is to recognise individuals who have been proactive in bringing more diversity* into engineering schools and universities. In addition, it rewards initiatives which encourage young people of all profiles and backgrounds to study and succeed in engineering. The Award was developed and funded by Airbus in partnership with the GEDC, the leading international organisation for engineering education.

The long term aim is to increase diversity among the global community of engineers so that the engineering industry reflects the diversity of the communities it supports, with diversity recognised as a driver for innovation and growth. It will also ensure that more students have the opportunity to experience and value working in diverse teams during their studies and inspire them to join a profession which offers exciting career opportunities around the world.

“Airbus was built on diversity, we started with diverse nations, diverse cultures. Today, we take diversity into account when hiring engineers,” said Charles Champion, Airbus Executive Vice President Engineering. “And the lesson is that diversity is an asset; it boosts the innovation mind-set that we need to develop the future of aviation. We want to inspire the next generation to take up engineering and we are working with engineering schools around the world to achieve that long term goal.”

Last October the inaugural Diversity Award went to Ana Lazarin from Wichita State University (WSU), USA, for her outreach, recruitment and retention programs which have increased the number of under-represented minority students in the College of Engineering at WSU by 91% over the last 5 years. Ana Lazarin was selected from a global pool of candidates and received 10,000 USD from Airbus to support her work in this field.

“The growing demand for engineers worldwide means we must attract more talented young people to the industry” said John Beynon, Dean of Engineering, University of Adelaide, Australia and Chair of the GEDC. “The finalists for the first award were recognised for their remarkable commitment in creating initiatives that made a real difference in attracting a more diverse group of students to study and complete engineering degrees. We are looking forward to hearing from more inspiring nominees for this year’s award.”

Nominations for this second award will close in June with the recipient to be announced at the World Engineering Education Forum in Dubai in December 2014. The award is open to any individual working with or in an engineering college or faculty, who has demonstrated tangible results in bringing more diversity among the engineering students and/or graduates.

Diversity is the inclusion of individuals that represent variations in gender, race, ethnic background, disability, sexual orientation, age, socio-economic status, nationality and other non-visible differences resulting in an environment rich in intellectual variety and respect for the individual, and optimally suited to address the technological, business and societal needs of the future.(Source American Society of Engineering Education and Airbus).

Airbus is a corporate member of the GEDC (Global Engineering Deans Council), a leading global organisation whose members are individuals responsible for setting the agenda for higher education in engineering in their countries and universities.