Following the launch of the Aviation Climate Solutions, one of our contributors, Phil Rakena of Airways New Zealand, has put together a blog highlighting their case studies. In case you haven't seen it, we thought you might like a read! 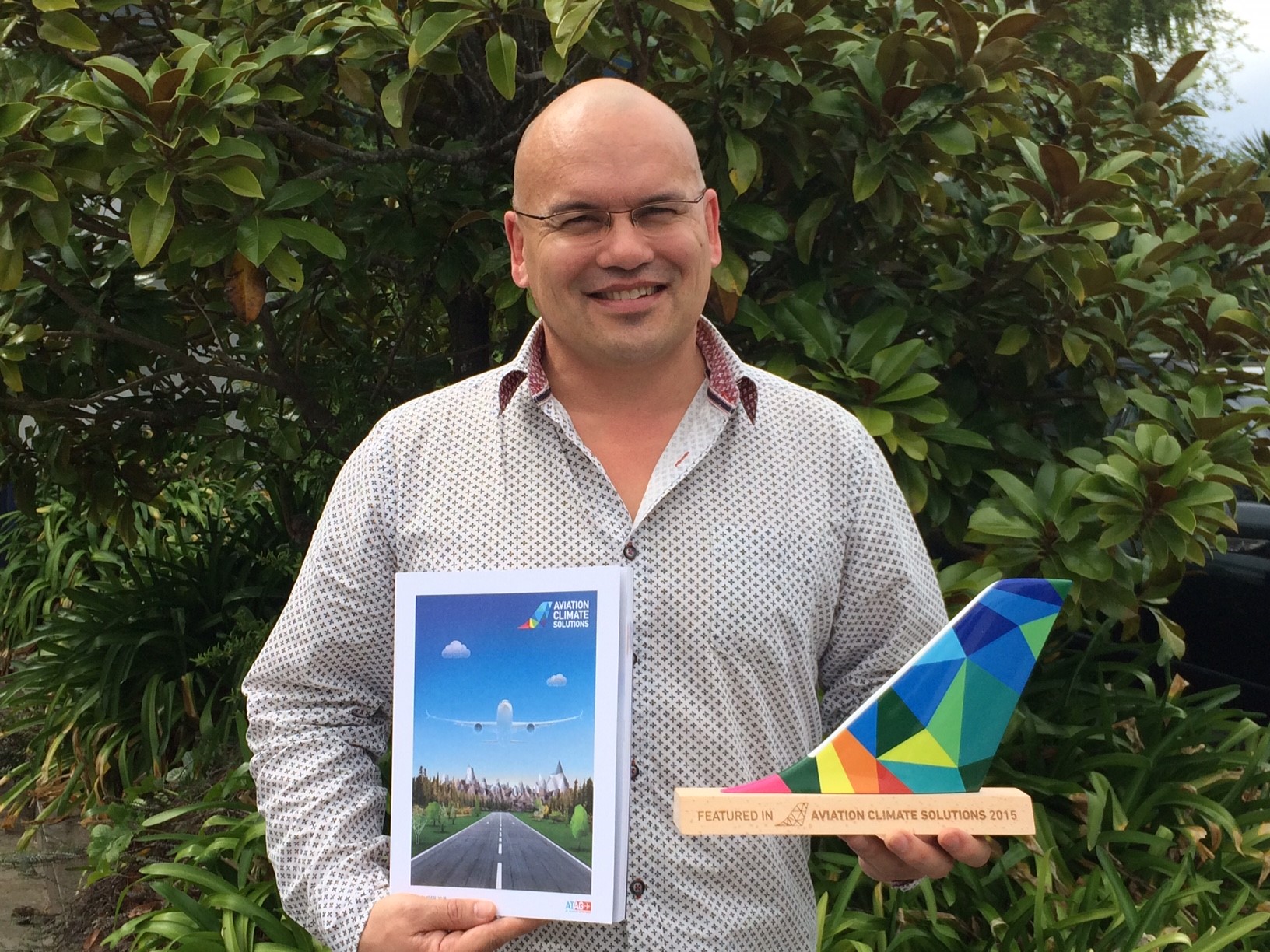 Last week we received a clear signal that the work we’re doing to reduce carbon emissions in aviation in this corner of the world, is having an impact on a global scale.

At the Global Sustainable Aviation Summit in Geneva, Switzerland, the Air Transport Action Group unveiled the publication “Aviation Climate Solutions”, which showcases 100 examples of how the aviation industry is collaborating to cut carbon dioxide emissions and help reduce its impact on climate change.

I’m pleased to announce that Airways features within the report, in recognition of the extensive work we’ve carried out to implement Performance Based Navigation procedures in Queenstown – a ski resort town set in the mountains, with some of the most challenging terrain in the world.

It’s a remote location that relies heavily on air transport – aircraft passenger numbers increased 30% in the past few years, and a 40% increase in visitors is predicted over the next 10 years.

It was clear back in 2010, as air traffic continued to build in Queenstown, that a ‘clean sheet’ approach was needed to enable sustained development.  You can read more about the development of PBN procedures into Queenstown here.

The Aviation Climate Solutions report showcases the results achieved since implementing PBN procedures into Queenstown in November 2012 – we’ve reduced CO₂ emissions by around 2,300 tonnes per year, and saved around NZD $960,000 annually in fuel.  It certainly wasn’t an easy task, but these results show that Airways is playing a significant part in reducing CO2 emissions, supporting climate change in aviation, and building a business case that will see further climate solutions implemented.

Airways staff can be proud of the work being carried out to implement more efficient procedures in the New Zealand Flight Information Region - domestically with the PBN programme, and through the Oceanic region as part of ASPIRE.

Rolling out PBN throughout New Zealand

Queenstown was just the beginning of the regional PBN programme rollout. Our current implementation programme covers more than 50 separate implementation projects across the 17 controlled aerodromes. We expect to complete this programme in 2018 – providing benefits throughout the region such as improved capacity, reduced track miles, and improved safety due to consistent and predictable flightpaths.

Through Airways PBN work, we’re contributing to a global and national push for environmental action in aviation.  Performance Based Navigation has been identified as a number one priority for the International Civil Aviation Association (ICAO) and aviation industry, and is a key component of the Civil Aviation Authority’s New Southern Sky (NSS)national airspace and air navigation programme.

So, watch this space. There’s a lot more work to be done as we help NSS deliver on their target of reducing CO2 emissions and contributing nearly $2 billion over 20 years to the national economy through reduced delays, fuel savings, lower aircraft operating costs and efficiencies for airlines.  But we’re well on the way.

UK airspace efficiency improves for first half of 2014

Air traffic management and efficiency: A chat with NATS

Small, but significant step for China's flexible airspace use